Yesterday was 2019 package installation day!  I'm hard pressed to think of a better way to celebrate Earth Day.  We installed four packages at the farm this year and one in the backyard.  The goal is split aggressively over the summer to end with between 8 and 12 colonies heading into fall.  Below are some pictures of the day.

First up was a drive out to the farm with 12 pounds of bees in boxes in my hatchback.  The most exciting part were the stowaways hanging to the outside of the boxes the whole way.  Only a couple flew free throughout the car during the drive.  They spent most of their time trying to get out the back window and left me alone.

After getting to the farm, it was time to setup the woodware.  I'm reusing old deeps from last year with drawn comb and at least four frames full of capped honey per hive.  One hive even has a full super of honey.  I'll add at least one feeder later this week when I get the well working again and can make sugar water.

After everything was setup, the fun could begin.  A couple quick pictures after the first package was in the hive on the left.

Bees everywhere!  Biggest lesson learned here was to be careful with full frames of honey.  I broke open many cells while mixing them between boxes.  Because of how I stacked them in the tractor, this made a mess on a couple of the hive outer covers.  The pictures should make it clear which hive covers had the mess.  The bees seemed overjoyed with their newfound abundance.  They were less enthralled that I was still hanging around after installing them.

A quick video before they chased me away.  I'm hoping they calm down as they eat the queens out of their cages and settle in!  Otherwise it could be a long summer of requeening.

One last picture.  This is how far out you could hear the buzzing.  It's in the middle of our future two-acre market garden.  At least 300ft away from the hives.

For any fellow beeks out there that haven't seen the announcements, head over to the Bee Informed Partnership to fill
Apr 18, 2019
Mar
11

After a year of backyard beekeeping in an effort to prove out the approach, we decided to buy some land
Mar 11, 2019
1 min read
Feb
04 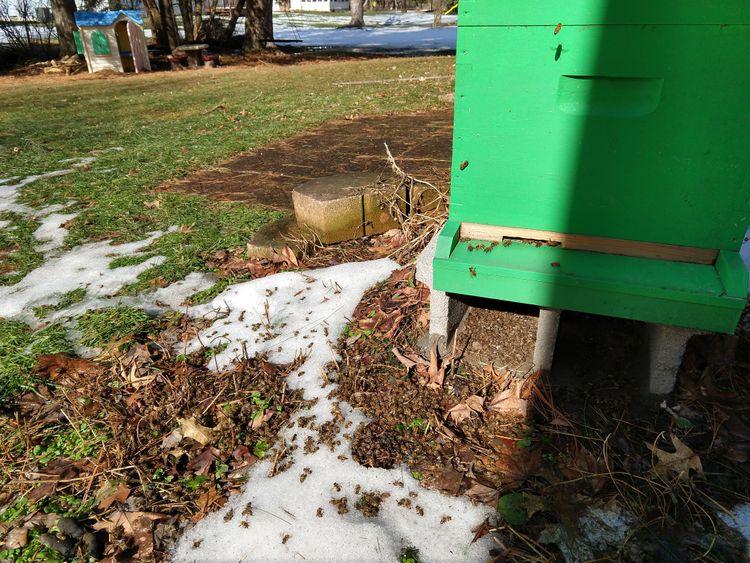 The weather hit 56 degrees in Northeast Ohio today and the ladies came out to clean up their dead and
Feb 4, 2019
Aug
06 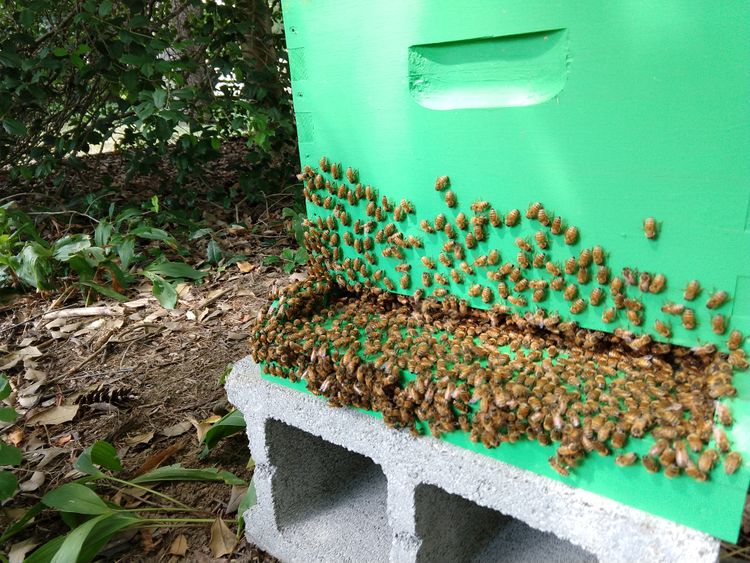 Ladies were out this afternoon enjoying some summer sun. No comb in the honey super yet, but it was full
Aug 6, 2018
May
28 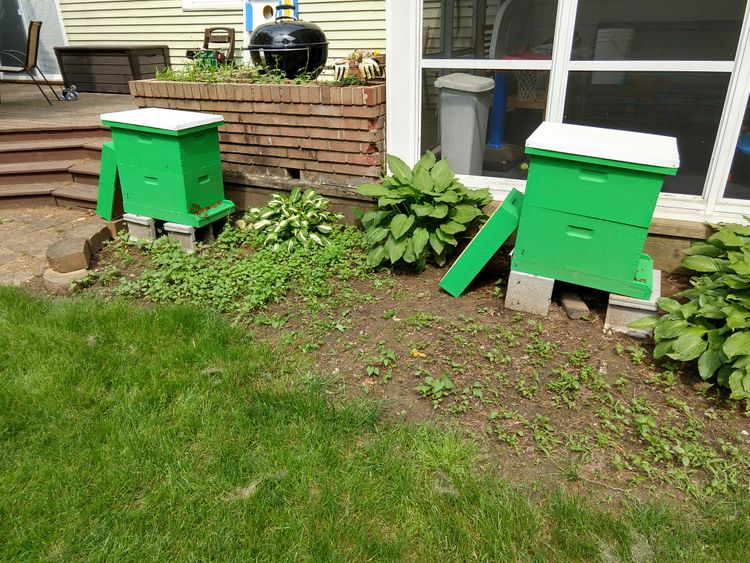 After installing about a month ago, it was time to add a second brood box and take off the feeders
May 28, 2018
1 min read